Connecting and protecting livesConserving the environment

We will proactively drive a shift to renewable energy to achieve net-zero CO2 emissions by 2050 and reduce the environmental burden on society through the use of ICTs. 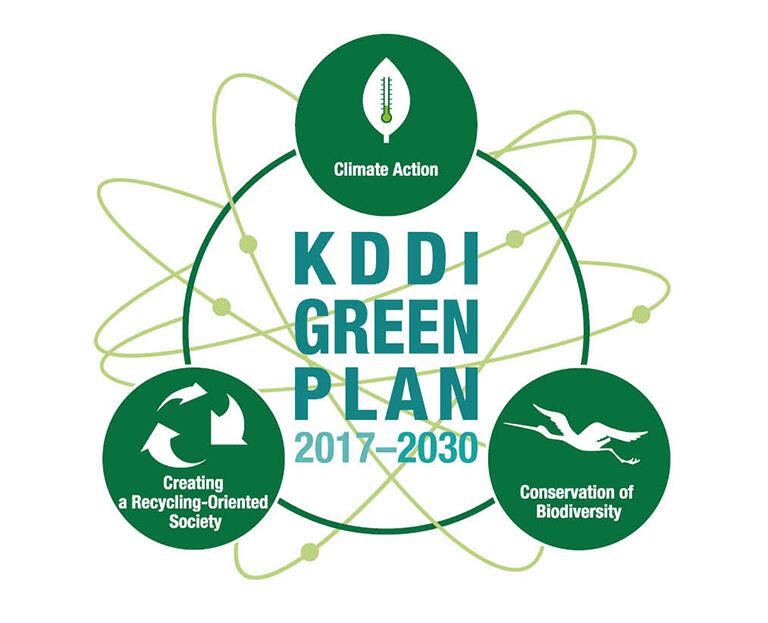 KDDI promotes the following three focus topics, namely, (1) Climate Action, (2) Creating a Recycling-Oriented Society, and (3) Conservation of Biodiversity. In particular, KDDI has been promoting initiatives in Climate Action with a target of reducing our CO2 emissions by 7% in the fiscal year ending March 31, 2031 compared to the fiscal year ended March 31, 2014 based on the long-term goals of the Paris Agreement adopted by COP21 and the Plan for Global Warming Countermeasures by the Japanese government. 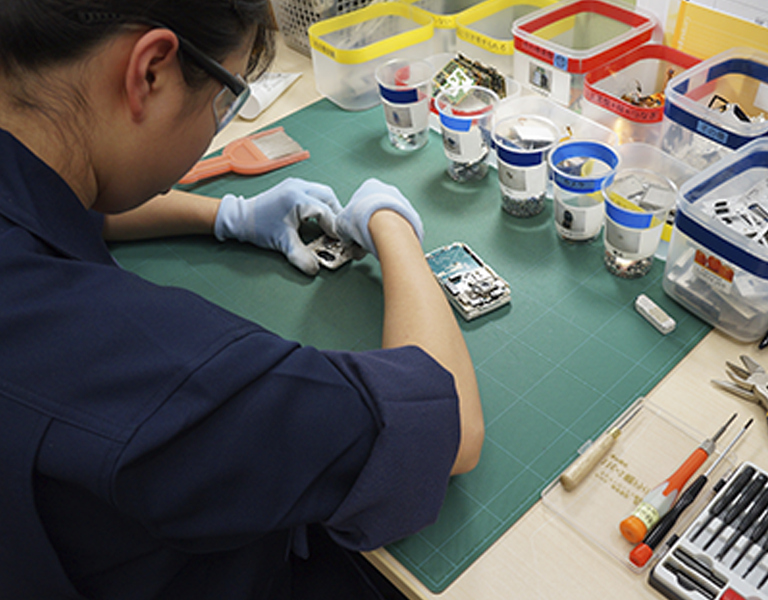 KDDI manually disassembles used mobile phones collected from customers into circuit boards and plastics. We collect gold, silver, and copper from circuit boards while recycling as much plastics as possible. When a machine is used to disassemble mobile phones, plastics end up being burned in the incineration process and cannot be recycled. Therefore, we at KDDI perform all disassembly manually to prevent recyclable resources from being wasted.

Building a resilient infrastructure for communication and disaster response

Sustainable development for cities and communities

Building the infrastructure for developing countries

Developing human resources for the next generation

Creating a digital society for affluence and peace of mind

Promotion of diversity and inclusion

Fostering health and a purpose in life