The Japanese Market and KDDI

As of March 31, 2019, cumulative mobile communications subscriptions in Japan totaled 177.73 million, [1] up 4.5% year on year. The mobile market continues to grow, driven by the spread of smartphones and further advances in the trend of single users owning multiple devices.
There has also been continued growth in the number of service contracts for MVNO, [2] up 13.8% from a year earlier to 20.94 million.
The Japanese market for mobile communications is entering a new phase with the anticipated entry of a fourth communications carrier in autumn 2019, along with revisions to the Telecommunications Business Act and reduced prospects for sales of mobile handsets on the overall market due to the planned consumption tax hike.
As the domestic telecommunications business transitions to a stable growth period, mobile communications carriers have stepped up efforts to expand earnings in non-telecommunications business domains in a bid to secure new sources of earnings by leveraging their customer bases in the domestic telecommunications business. Meanwhile, companies from other sectors are entering the telecommunications business, heating up competition across sector boundaries.
Against this backdrop, the Japanese government has set a target for increasing the ratio of cashless payments to 40% by 2025, and is ramping up efforts to encourage and spread cashless payments as a measure to boost the economy when the consumption tax rate is raised, including such measures as awarding points to consumers who use cashless payments during a limited period.
Smartphone payments are a new form of settlement likely to catch on at small-scale retail stores due to the low initial investment required on the part of retailers. Viewing this as a business opportunity, many companies have focused on expanding their smartphone payment businesses. 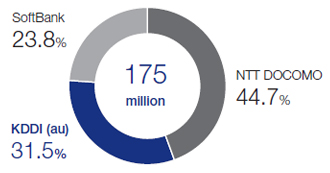 Ratio of Cashless Payments by Country (2015) 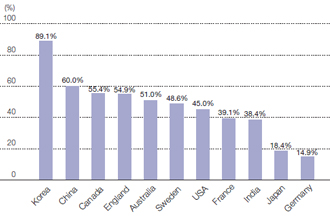 As of March 31, 2019, the number of fixed-line broadband subscriptions was up 1.5% year on year to 40.25 million. [1]
Although fixed-line broadband service penetration has reached around 70%, [5] the market continues to expand gradually, driven by sales of discount bundled mobile and fixed-line services and the opening of new markets by new operators using the wholesaling fiber access service of NTT East and NTT West. 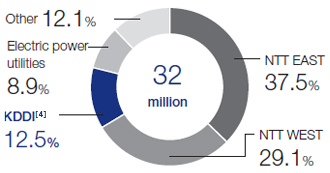 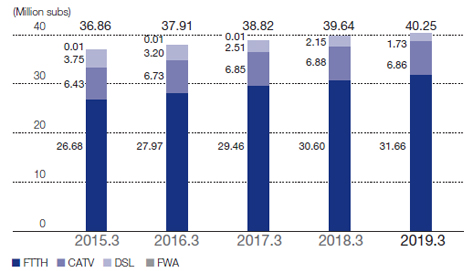 In the IoT field for connecting a wide variety of things with the internet, low power wide area (LPWA) specifications have been established to enable wide-area communications with low power consumption using LTE networks, and the use of IoT is ramping up across a variety of product and service fields.
Projections call for IoT to create a market worth ¥14 trillion annually in Japan and ¥247 trillion worldwide by 2020 while driving growth in the mobile communications market.

Outlook for Demand on CPS/IoT Market in Japan and Worldwide 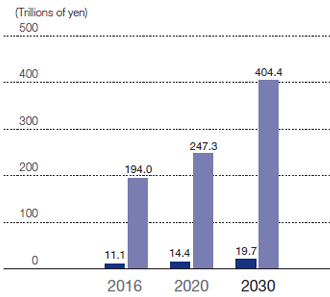 Due to the proliferation of smartphones and tablets, and the increased performance of such devices, along with increasingly diverse mobile content services and evolution of telecommunications technologies, mobile traffic in Japan continues to grow, with both average monthly traffic and peak traffic rising by about 20% in the most recent year.
This has become an important issue for mobile telecommunications companies as they work to efficiently absorb this ongoing increase in mobile traffic and maintain stable network operations. 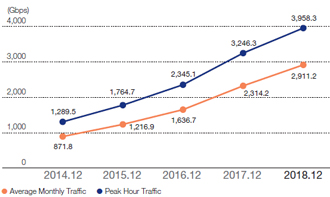 Allocation of Bandwidth among Japan's Mobile Telecommunications Operators (As of April 10, 2019) 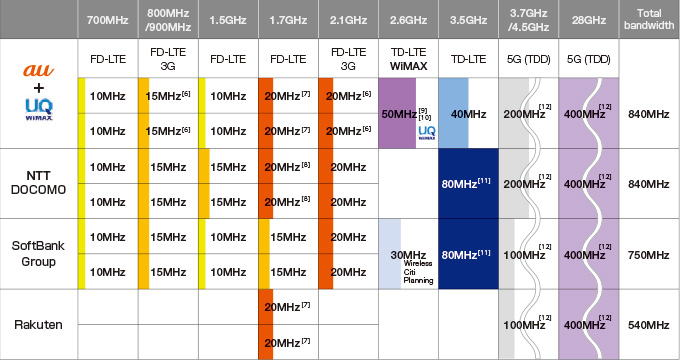